This is one area where I seem to differ from the commonly accepted thinking about reasons versus excuses. For me, there is reason for everything. My difficulty arises when people use reasons to excuse something they do or don’t do, say or don’t say, in an attempt to alleviate the burden of taking responsibility for it.

Reasons
I believe it was Viktor Frankl, psychologist and author, who said something to the effect that for every what, there is a why. You may not understand it or accept it, but there is a reason for everything. It may be self-induced, because you brought the event, person, or thing into your life. Or it may be out of your control or influence. But in either case, there is a why (a reason).

I’m sure you can think of someone who did or said something that puzzled you to no end. Because you can’t be in another person’s head, you can’t know what it was that tipped the scale in favor of their deed or words. Often, it’s just best that you accept it because, in truth, you may not be able to understand it. You haven’t lived that person’s life, so you just need to accept it.

People who stay with abusive people often do so because of a need (more on that in a later post), and they will continue to stay with that person or another abusive person until they learn the life lesson they are supposed to learn. I am a firm believer that everyone or everything that comes into your life is there to teach you something. And they will continue to be in your life until you learn it. Then you can banish them from your life.

Excuses
I think back to grade school when I was sick and had to bring in an excuse to the teacher. Or, as a senior in high school, forging an excuse at the last minute to obtain an early dismissal to go with my friends to visit Penn State’s main campus. I needed those excuses to make it “okay” to miss school.

I often hear people giving a reason believing it’s an excuse. It may be, but I would bet against that in most cases. People use reasons to excuse behaviors—what they have or have not done, have or have not said. I remember a guy from high school who, when stopped for speeding, declared, “The devil made me do it!”

I have two grown children who moved out on their own in their early twenties. Before they had their own children, they would offer heavy traffic as an “excuse” when invited to dinner but were late. Yet they knew that traffic was bad that time of day, and they should have left earlier. Is it really an excuse? Or just a reason? Now, if they left sufficiently early, but there was an accident that froze traffic, that’s an excuse.

If you look at the picture at the top of this post, the pen is real and can be used (like an excuse). The reflection of  the pen is just a principle of light, always there, but no real substance (like a reason).

My question to you is when something doesn’t go well—you’re not on time, you don’t complete a task, you break a promise, you speak to someone in a demeaning or belittling tone, etc.—is the “excuse” you offer really just a reason; i.e., just your way of relieving yourself of responsibility for your actions? Or is there really an excuse?

Next up: What is Personal Sustainability? 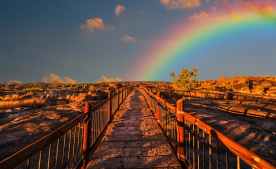 In my first blog, I indicated that a pivotal choice starting me down the path to writing a blog was when I chose to go to college. While there have been many moments of choice that followed, three synchronistic events stand out that led me to a 35-year career at The Lubrizol Corporation, starting as a research chemist and ending as Public Affairs Manager.

1. Majoring in chemistry
Since my high school GPA and SAT scores were on the (embarrassingly) low side, I was accepted at the Penn State McKeesport branch campus, rather than at the main campus. I studied at the branch campus my first two years.

When I arrived at the branch campus for orientation, I was asked what I wanted to major in. I had no earthly idea and was given an aptitude test, which showed I should major in biochemistry. I cringed at the thought of anything with “bio” in it (biology and I didn’t hit if off in high school). So, I picked chemistry as my major instead.

2. Coming to work for The Lubrizol Corporation
A Lubrizol recruiter came to Penn State to interview for research chemists. Now, this is 1974, with no Internet to research the company, and I was not bright enough to ask if any of the professors or graduate students had worked there.

Just before my campus interview, a grad student I knew passed by, and it turned out he had worked for Lubrizol one summer. He gave me a five-minute thumbnail sketch of the company.

Lubrizol invited me to visit its research and development headquarters in Wickliffe, Ohio, where the director of research fired organic chemistry reaction questions at me. Lubrizol offered me a job (my only job offer), and I started to work on June 10, 1974. Two weeks later, my group leader told me to come to his office for an orientation session along with a new chemical engineer.

3. Obtaining a chemical engineering degree
As I entered the office for orientation, the new chemical engineer, Bill, said “Dave,” like he knew me. I didn’t have to look up – I recognized his voice. We were classmates starting in 7th grade in our Wilkinsburg, PA junior high and high school, and I had not seen him since graduation.

Over the next year, I came to realize that I didn’t want to be a research chemist for the rest of my career, and Bill convinced me to obtain a master’s degree in chemical engineering. I started the program in the fall of 1975.

One Saturday morning while out food shopping, I ran into the recruiter who had interviewed me at Penn State. I told him that I was pursuing a master’s in chemical engineering and that I needed to transfer to the Pilot Plant, where the chemical engineers worked. Within a few weeks, I received a phone call asking me if I’d like to interview for an opening. I was pretty astounded given I wouldn’t receive my degree for three more years.

That transfer led me to work in environmental, health and safety, which helped me transfer to Lubrizol’s Painesville manufacturing plant as the external relations manager. That eventually landed me in corporate public affairs and sent me down the path to do my Legacy Lecture from my first post.

As I look back on those single, seemingly unconnected events, I can now easily connect the dots, but not while I was living it. As Steve Jobs, founder of Apple, Inc., said,

Since this is my first post, I thought I would step back and explain the start of my path to writing this. My explanation would be, simply, synchronicity.

Merriam-Webster indicates that the first known use of synchronicity was about 1889, and defines it as:

For me, it’s a much simpler definition: ATFAR (all things for a reason). Events in your life, no matter how small, are synchronistic, and your choices can be significant, although you just may not see it at the time.

In 2007, I was The Lubrizol Corporation’s Public Affairs Manager. I was asked to give a Legacy Lecture to the class of the Cleveland Executive Fellowship Program. It was to be a personal reflection on my life—my beliefs, convictions, values and visions as a leader—as though it were my last chance to do so.

How did this happen? Synchronicity is my only explanation.

As part of introducing myself, I gave background on my career at Lubrizol, my facilitation experience and how I arrived at the position of Public Affairs Manager. Turns out, my two breakfast companions also managed the Cleveland Executive Fellowship Program and, at one point, the Executive Director asked if I would consider being one of the ten Legacy Lecture presenters to the Fellowship participants.

Then there was me—Lubrizol’s Public Affairs Manager—hmm. I felt like I was being asked to join the Cleveland Indians lineup—a (large) bit out of place.

I came to realize during my Lecture preparation that synchronicity played a huge part in my life and how, at moments of choice, it “led” me to be at that breakfast.

In my mind, the pivotal choice that started me toward being there was that instead of opting for the military, I chose to go to college. That choice was the result of a brief hallway conversation about my future with a teacher in my high school senior year. For my Lecture, I mapped out synchronistic event after event, the choices I made, and what I learned along the way.

In a subsequent post, I will continue along the synchronicity path of how I come to be sitting here writing this.

My advice to you is to spend time reflecting on your life and take stock of the people, some of whom are only there for a short time, and the events, and, most importantly, your choices that brought you to where you are. I’m sure you will find synchronicity.